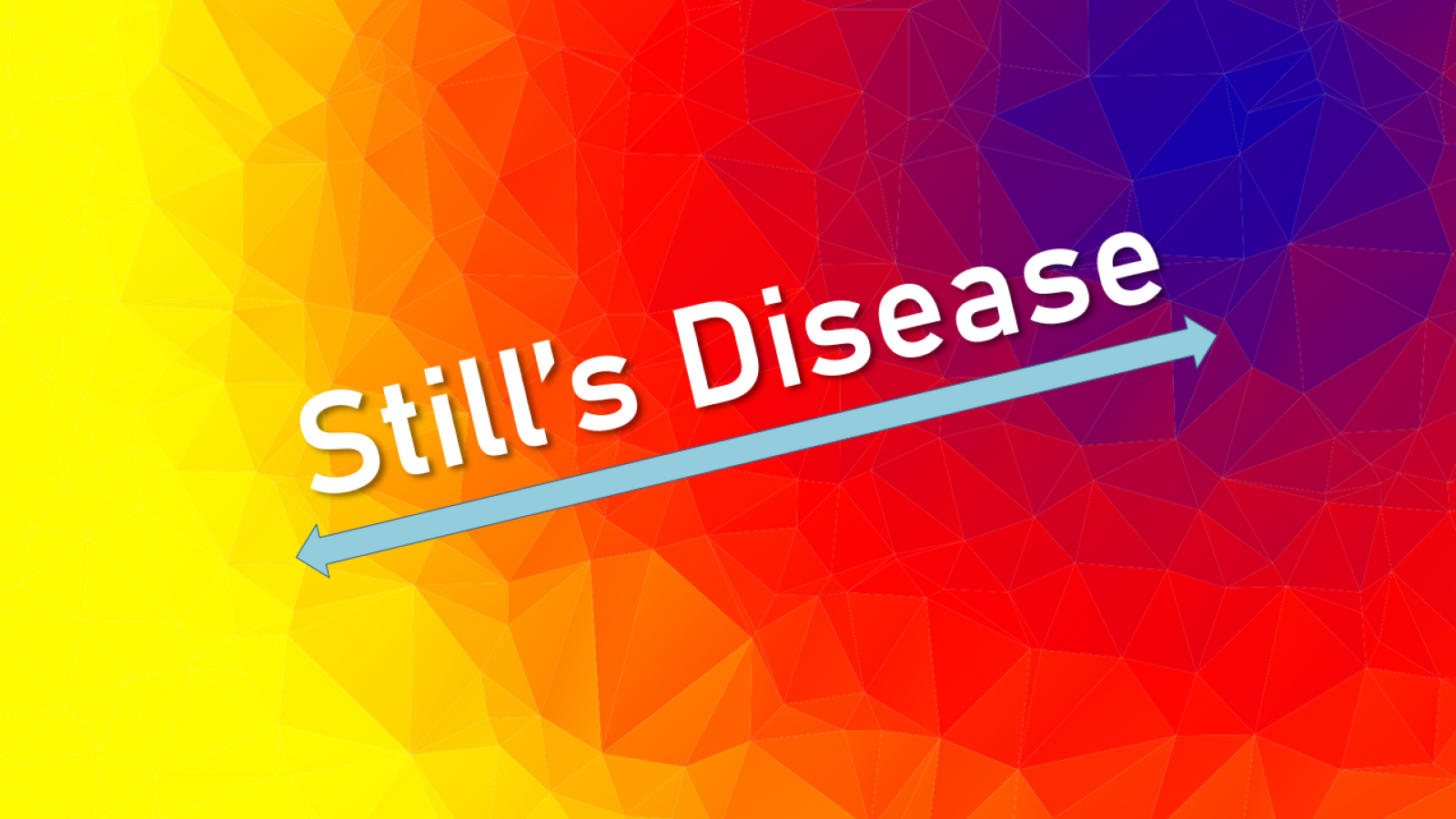 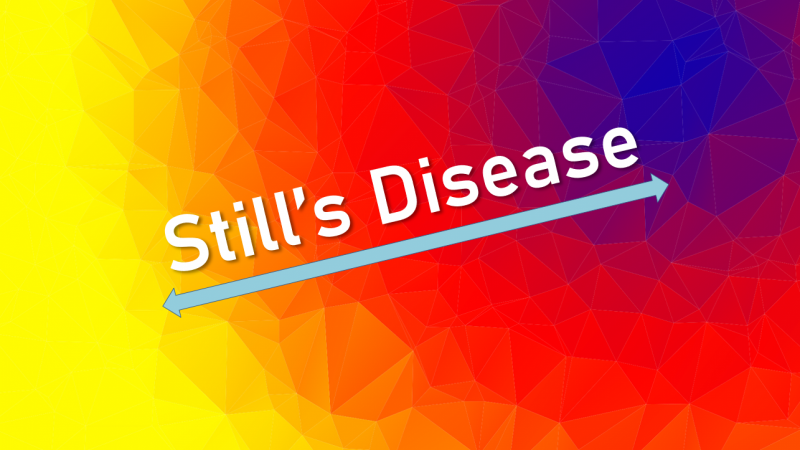 But there is also another “Still’s Continuum” which is characterized by a severity gradient, that begins with mild/moderate AOSD and SJIA capturing the milder end and severe sJIA and AOSD marred by organ- and life-threatening complications at the most severe/extreme end, a condition some authors have named “Catastrophic Still’s” in recent publications.  For unclear reasons, some Still’s patients will develop life-threatening complications and there has been an ongoing debate whether these cases result from diagnostic & therapeutic delays or this particular phenotype could represent a unique Still’s patients’ subset with distinct risk factors, currently undefined, predisposing these unfortunate patients to a much worse prognosis.

A recent (2) multicenter retrospective study of 20 AOSD patients with organ failure requiring intensive care unit admission and 41 control AOSD patients without organ failure suggested that catastrophic AOSD (CAOSD) patients were indeed a distinct group and the outcomes could not be explained by any delays in diagnosis or initiation of specialty care.  In this French retrospective study, CAOSD patients tended to have a shorter delay between disease onset and AOSD treatment initiation, which was mainly due to a faster referral to the hospital. Both supervised and unsupervised statistical analyses demonstrated that even before organ failure occurred, these AOSD cases that would subsequently become life-threatening had peculiar characteristics, including a younger age and a shorter interval between disease onset and hospital admission.

Both sJIA and AOSD are predisposed to macrophage activation syndrome (MAS), a life-threatening complication that mimics conditions, such as sepsis, shock, and multiorgan failure, occurring in 7–10% of patients with sJIA and 12–17% with AOSD, leading to a dramatic increase in morbidity and mortality. Other potentially fatal complications reported in patients with Still’s disease include pulmonary arterial hypertension, acute respiratory failure, interstitial lung disease, alveolar proteinosis, myocarditis, disseminated intravascular coagulopathy (DIC), thrombotic thrombocytopenic purpura (TTP), and AA amyloidosis. There is evidence that lung disease may trigger systemic inflammation, followed by the development of MAS in patients with Still’s disease. Pulmonary disease may include pleuritis, parenchymal lung disease, pulmonary arterial hypertension, interstitial lung disease and pulmonary alveolar proteinosis.

In retrospect, clinicians should acknowledge that Still’s disease goes beyond the oversimplified “Still’s Triad” and is indeed a complex and protean disease.  Instead of compulsively looking to identify “textbook” Still’s cases, they should recognize that there are several “Still’s continua” of age (sJIA to AOSD), phenotypic presentations (systemic to chronic arthritic) and severity (mild to catastrophic/life-threatening) that should guide the early application of targeted treatment that will be greatly influenced by where in the fluid “continua” the Still’s patient finds himself when the disease unravels.